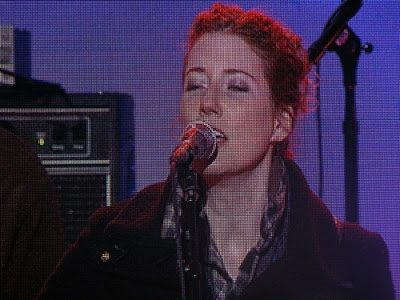 No surprise that Whistler will have a lasting legacy from the 2010 Winter Olympics. Whistler Olympic Plaza, being touted as one of the most "technically sophisticated outdoor venues in Canada," officially opens on Saturday, Aug. 27, 2011.

CBC Radio's Jian Ghomeshi is host for the evening celebration, which features entertainers Kathleen Edwards and the Sam Roberts Band. Special guests will share their stories of Whistler Olympic Plaza. The stage, set in a new pavilion framed by both Whistler and Blackcomb mountains, is located on the site where the top athletes in the world stepped up to the podium at Victory Ceremonies during the 2010 Winter Games. It was also the site of the Paralympic Closing Ceremony that concluded Whistler's role as host mountain resort.

Whistler Olympic Plaza will accommodate an audience of up to 6,000 and is a permanent outdoor venur for recreation, community celebrations, arts and culture. Features include:

Great lawn with seating stairs and terraces
Performance pavilion with covered seating for up to 600
Back of house and dressing room facilities
Integrated plug and play outdoor concert spaces, connected to the Village Stroll
Playground that is accessible for diverse needs of children
Public art that celebrates and commemorates the 2010 Winter Games

The $13.67 million Whistler Olympic Plaza was a partnership project of the Resort Municipality of Whistler with the Government of Canada, Department of Canadian Heritage and Official Languages and the British Columbia Ministry of Jobs, Tourism and Innovation. Capital funding included $5 million from the Government of Canada, $4.2 million from VANOC, $4.02 million from the Province of British Columbia (via the Resort Municipality Initiative), and $450,000 from private and charitable organizations.