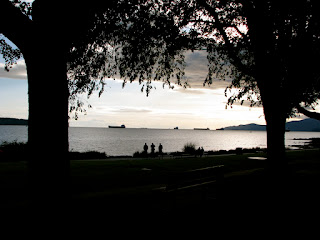 Thanks to Twitter, I just found out that the Celebration of Light opened in Vancouver, BC on Saturday night. The 2012 event features three new countries competing on three different nights, with all shows beginning at 10 PM. The show lasts around 30 minutes.
Coincidentally, I'm off to Vancouver later this week aboard the new BoltBus from Seattle, and hope to see one of the shows. Sponsored by Honda, 2012 marks the beginning of a three-year "title partnership" with the car company and Vancouver's Celebration of Light. The event is the city's biggest, and also the largest offshore fireworks competition in the world, attracting up to 400,000 spectators along English Bay each evening.


Owned by the Not For Profit Vancouver Fireworks Festival Society, this year is the 22nd consecutive year of the event. Organizers say it contributes in excess of $39 million in "incremental tourism and hospitality spending" each year. I'm not sure what "incremental" tourism is!


As far as where to view the fireworks for free, here is a PDF of a map that includes the fireworks display area in English Bay. I'll be staying over in Coal Harbour, so will need to walk west at some point and stake out a piece of grass. Organizers say prime viewing areas include English Bay, Kits Point, Vanier Park and other locations around the West End, Sunset Beach and Stanley Park. Here's what they recommend to bring (leave your alcohol at home):

In terms of what to wear, weather.com reports a 10% chance of rain on August 1 and 0% chance on August 4 in Vancouver, BC. That means clear skies and no rain gear or umbrellas necessary. Sun on!

Guaranteed Seating: If you want to fork over your loonies and toonies, you can purchase a seat in the YVR Observation Deck at English Bay. The bleacher seating tickets are $59, and include reserved seating and the musical simulcast via the bleacher sound system. For the big splurge, it will cost you $200 for The Keg Lounge VIP tickets. Located on the roof of the Bath House at English Bay, each ticket includes: 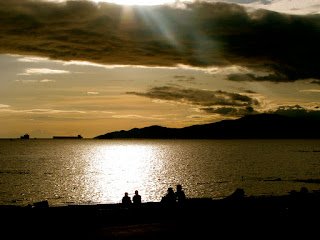