Cool car returns to Victoria for Canada 150: Royal BC Museum goes back to the future with the Esso 67-X 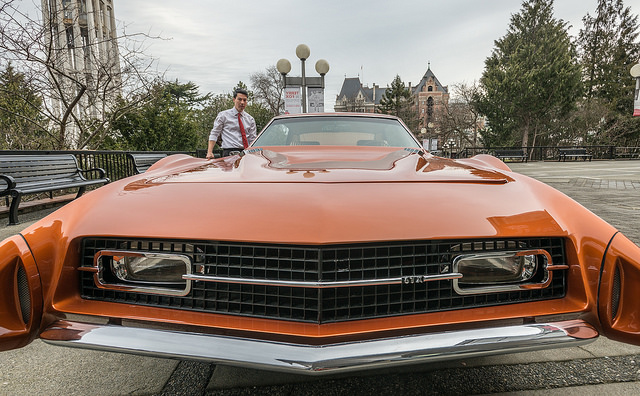 The main lobby of Victoria's Royal BC Museum is known for its flashy cars. In 2016, John Lennon's "psychedelic" Rolls-Royce returned to the museum, much to the delight of both Beatles and Rolls-Royce fans. The 1965 Rolls-Royce Phantom V Touring Limousine was on public display for two months.

The lobby of the RBCM is once again a glass garage for a piece of automotive memorabilia. But this time, it's the Esso 67-X, one of the rarest cars in Canada. It is shown here as it arrives at the entrance to the RBCM. 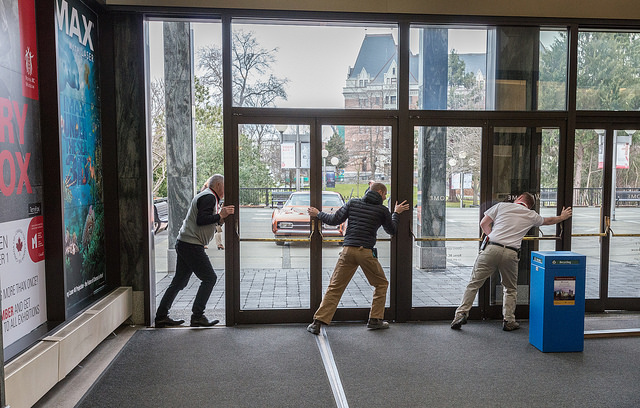 Fifty years ago, the oil and gas corporation Esso commissioned the creation of the futuristic car to celebrate Canada's 1967 centennial. This is the only licensed model to have survived, and the museum is providing a free viewing in its glass lobby now through Sunday, March 12, 2017. 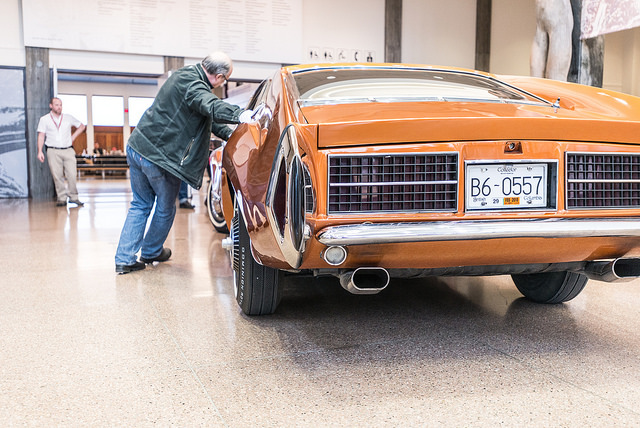 Four of these cars were built as grand prizes for a contest designed to encourage families to explore Canada. This may be the car won in BC, although its history is unclear. The 67-X is now owned by Royal BC Museum supporter Trevor Weflen, who has loaned it to the museum for this temporary display.

Photos courtesy of the Royal BC Museum

Note: This won't be the only iconic Canadian motor vehicle to be on display in the Royal BC Museum's lobby during Canada's 150th celebration in 2017. From April 12 - October 1, as part of the feature exhibition Terry Fox: Running to the Heart of Canada, the museum will display the original Ford E250 Econoline van that provided shelter for Terry Fox during his Marathon of Hope.
By Eat Play Sleep at February 14, 2017