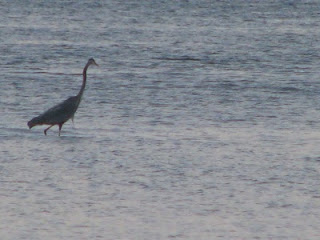 Are there creatures in Cameron Lake, BC? Could be. John Kirk, president and head field research for the BC Scientific Cryptozoology Club, will join other members at Cameron Lake on Vancouver Island to find out. Research into the existence of a large creature in the lake will commence on Sept. 19, 2009 at Cameron Lake, located 30 KM west of Parksville.

Kirk and his team will be scanning the lake for signs of life to validate sightings of the creature that date back to 2004.

"The sighting fits in with a surprisingly large and widespread body of local lake creature history,” said Kirk. “In fact, British Columbia is number one in the world for lake-monster sightings, beating out Norway and Sweden.”

The BC Scientific Cryptozoology Club was founded in 1989. Elusive creatures, such as lake monsters and sasquatches, are known as cryptids. The study of cryptids is called cryptozoology, from the Greek cryptos for hidden and zoology, the study of animals.

Elsewhere in British Columbia, Kelowna has Ogopogo, the legendary lake monster that reportedly resides in Okanagan Lake. The myth dates back to the Interior Salish Native people, who swapped stories of a lake creature named N’ha-a-itk more than a century ago. The creature later became known as Ogopogo and purported sightings over the years have reinforced the legend. There's a statue of Ogopogo on Bernard Avenue near Kelowna's City Park.

Large shore bird at Tigh-Na-Mara Resort in Parksville, BC
Photo by Sue Frause
By SUE FRAUSE at September 14, 2009

I would like to thnkx for that efforts you've got set in composing this web site. I'm hoping the same high-grade web site article from you in the upcoming as well. In fact your creative producing abilities has inspired me to obtain my own weblog now. Truly the running a blog is spreading its wings quickly. Your write up is actually a excellent example of it.