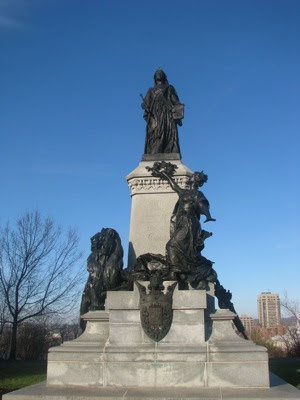 Canadians refer to it as May Long Weekend, but it's officially known as Victoria Day.

It falls on the last Monday before or on May 24, and is the official celebration honoring the birthdays of Queen Victoria and Queen Elizabeth II. Queen Victoria was born on May 24, 1819 and went on to become Queen of the United Kingdom on June 20, 1837.

It's similar to Memorial Day in the United States, and as with our three-day weekend, marks the unofficial start of summer. Although the weather doesn't always cooperate along those seasonal lines.

The capital city of Ottawa celebrates in a big way with its Victoria Day Festival. Activities include fireworks on May 24, along with music and other family entertainment.

The Queen's namesake city, Victoria on Vancouver Island, celebrates with the Island Farms Victoria Day Parade on May 24. As Victoria's largest parade, it features marching bands, floats, clowns and other entries.

More than 100,000 people line up along the parade route, which begins at 9 AM at the Mayfair Mall and proceeds along Douglas Street, ending up at the downtown intersection of Douglas and Humboldt Streets.

Queen Victoria on Ottawa's Parliament Hill
Photo by Sue Frause
By SUE FRAUSE at May 20, 2010