Fake lake? Ontario has plenty of real ones 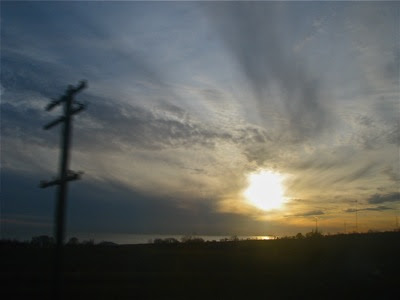 I had to laugh about the fake lake that's being banged about by the media in Canada.

The media center is located at Toronto's Direct Energy Centre.

According to WikiAnswers, Ontario is home to around 250,000 bodies of water that are classified as lakes. Plus one fake lake.

Sunset over Lake Ontario while aboard VIA Rail Canada from Ottawa to Toronto. Photo by Sue Frause.
By SUE FRAUSE at June 10, 2010