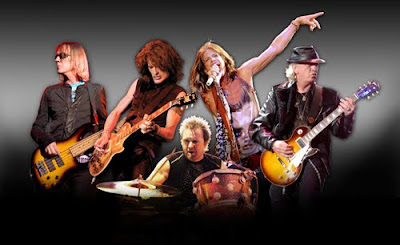 Aerosmith, which calls itself America's Greatest Rock and Roll Band, returns to Western Canada for five shows in September. It's all part of their Cocked, Locked, Ready to Rock 2010 Tour.

Here are the Western Canada dates:

And for die-hard Aerosmith fans, the band's official fan club Aero Force One (AF1) launched sales of its VIP package called Wheels Up. Fans who purchase the Up Close and Personal Package with Joey and Brad will meet with other fans to share Aerosmith stories.

Joey Kramer, whose candid stories of battling addiction and depression are documented in his book, Hit Hard, will continue the conversation with VIP guests. Brad Whitford will demonstrate his guitar magic and share details about what makes the music happen as a band member with Aerosmith.

The Wheels Up package includes meeting Steven Tyler and Joe Perry; a concert seat in the first few rows; photo opps with Steven and Joe and more. VIP experiences also include photo books from the show; limited edition collector’s pins; merchandise package; and other VIP treatment. They vary from package to package.