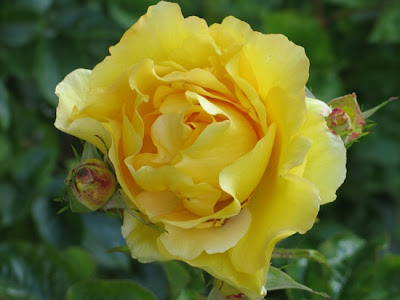 Brian Wood, 33, a computer gaming designer from North Vancouver, died in a horrendous car crash on Whidbey Island the evening of Sept. 3, 2010. Surviving the crash was his wife Erin Wood, 31, and the couple's unborn child due in November. Family and friends are understandably devastated.

Although I didn't know Brian, I received a number of emails from BC friends, knowing that I live on Whidbey Island. The accident happened about an hour north of me near Oak Harbor. The driver reportedly was either taking off or putting on a sweater/sweatshirt, when her front seat passenger took over the wheel. Both were in their 20s, both high on drugs.

Two other male passengers from Oak Harbor who were in the back seat were also killed. The two women were arrested and charged with vehicular homicide according to the Whidbey News-Times.

KOMO 4 TV in Seattle has a touching interview by Eric Johnson with Erin, who says her husband saved her and her unborn child's life by turning the wheel and taking the impact of the crash.

A trust fund in Brian's name has been set up in his memory at North Shore Credit Union in Metro Vancouver, Squamish and Whistler.

A summer rose from my garden on Whidbey Island
Photo by Sue Frause
By SUE FRAUSE at September 08, 2010