Washington State Ferries: Anacortes to Sidney boat back on route 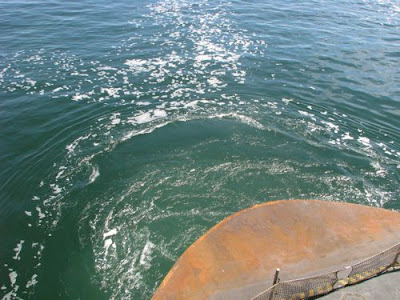 The spring sailing schedule for Washington State Ferries begins Sunday, March 27. Welcome news for both Skagit County in Washington and Vancouver Island, as the international route between Anacortes, WA and Sidney, BC begins again today.

Businesses in Anacortes are concerned about the state cutting back the nine-month season of the Anacortes-Sidney ferry to seven months. See a video report on KING-5 about the proposal. Vancouver Island is also keeping tabs on the situation, especially now that the Victoria Express is no longer sailing between Port Angeles, WA and Victoria, BC.

The spring sailing schedule is in effect through June 18, 2011.

Washington State Ferries en route from Sidney, BC to Anacortes, WA
Photo by Sue Frause
By SUE FRAUSE at March 27, 2011

Its great to start the route, hope not to effect the business, and Washington State ferries will give us the best service.