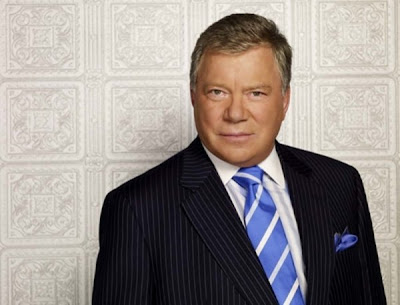 Canadian icon William Shatner is set to host the 31st Annual Genie Awards on Thursday, March 10, 2011. They'll be broadcast live from The National Arts Centre in Ottawa on CBC-TV at 8 PM (8:30 NT). As Canada's version of the Academy Awards, the Genie Awards celebrate the year's biggest achievements in Canadian movies. Top stars from film, television and music will be featured during the awards show.

Musicians scheduled to perform include Grammy and Academy Award winner Melissa Etheridge; three-time JUNO Award winner Serena Ryder and singer-songwriter Johnny Reid. There will also be a special tribute to Barney's Version, the year's most Genie-nominated film. Montreal band Karkwa and the Royal Winnipeg Ballet perform together for the first time in a special musical dance production.

The "voice of the show" is Rachelle Lefevre, who stars as Clara opposite Paul Giamatti in Barney's Version. She is also appearing in Casino Jack with Kevin Spacey and Barry Pepper, along with starring in the new TV drama, Off the Map.

William Shatner was born and raised in Montreal, and his career has spanned more than 50 years as an actor, director, producer, screenwriter, recording artist and author. Shatner got his start at a young age at CBC Radio, and his TV and film credits include Star Trek and Star Trek: The Motion Picture, plus six subsequent sequels. I enjoyed him on the TV series Boston Legal, and thought he was hilarious in Miss Congeniality, paired up again with Candice Bergen. In 2010, he hosted CBC's Making a Scene, a behind-the-scenes-look-back at 30 years of Genie-winning movies.

Best Motion Picture nominees include 10 1/2, Les Amours Imaginaires/Heartbeats, Barney's Version, Incendies and Splice. Incendies was nominated for Best Foreign Film at the Academy Awards; it lost to Denmark's In a Better World. Leading the pack for Genie Awards this year are Barney's Version with 11 nominations, followed by Incendies with ten.