Lady Antebellum's Own the Night 2012 World Tour stops in Canada 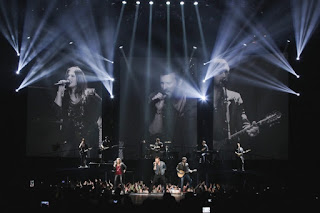 I bought my hubby tickets for the Lady Antebellum concert in Seattle on March 20, 2012. They were part of his November birthday gift, and at the time, the date seemed so distant. But it's now only two weeks away, and in checking out their Own the Night 2012 World Tour schedule, I noticed they'll be making two big swings through Canada.

Although I'm not a big country music fan, I bumped into Lady A at an indy music store in Nashville in 2008. I thought the music was something my hubby would like, so bought him one of their CDs, and he was hooked. Surprisingly, I liked their sound, too. Here are the eight Canadian dates:

The opening act for the Grammy Award winning trio are Darius Rucker and Thompson Square. The world tour wraps up with 11 dates in Europe, ending in Stockholm on July 27 at the Solliden Skansen.