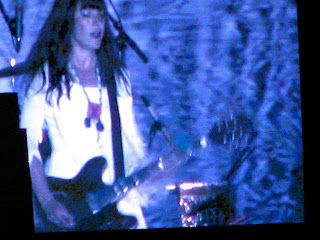 What a line-up ... all the more proof that Quebec knows how to put on a party! Montreal's OSHEAGA Music and Arts Festival (Festival Musique et Arts), one of the largest of its kind in Canada, is a huge three-day party at Parc Jean-Drapeau. Located on Ile Sainte-Helen, just off the island of Montreal, the venue was the site of Montreal's Expo '67. Dates of OSHEAGA 2012 are Friday-Sunday, August 3-5.

Now in its seventh year, OSHEAGA is a Euro-style event that takes place on four stages throughout the park. Showcasing local and national artists, more than 90 bands will be featured this year. In the past, such renowned groups as Coldplay, Iggy & The Stooges, Sonic Youth, Arcade Fire and Rufus Wainwright have performed at the festival. This year's line-up includes Snoop Lion (formerly known as Snoop Dog), Feist, Black Keys and The Shins. Another major component is the festival's visual arts segment, which featured exhibits throughout Montreal in the weeks leading up to the festival.


OSHEAGA | The Hit List | J.D. Considine of The Globe and Mail: "Amadou & Mariam, The Weekend, The Jesus and Mary Chain, MetricKnife Party"

Feist performing in front of the Parliament Buildings at British Columbia's 150th anniversary party in Victoria, BC in 2008.
Photo by Sue Frause
By Eat Play Sleep at August 02, 2012

Should Snoop keeps his new name or lose it? http://ow.ly/cHCEL