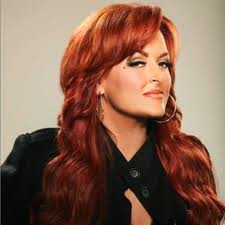 I happen to be in South Dakota, so it was big news in the local media about the recent motorcycle mishap involving Wynonna Judd's husband, Michael Scott "Cactus" Moser. He and Wynonna were riding motorcycles near Rapid City, South Dakota when something went terribly wrong. Here's the explanation from her official website on August 19, 2012:


"Moser and Judd went for a ride together on separate bikes before her scheduled concert in Deadwood, SD yesterday (Aug. 18). Moser collided with an oncoming vehicle and was transported to a local hospital. He is being treated for serious but non-life threatening injuries. Wynonna was not involved in the accident."

An update on August 20 had more information:


"Further details regarding the motorcycle accident involving Wynonna Judd's husband and drummer, Michael Scott "Cactus" Moser, have been made available. Moser's left leg was severed at the scene of the accident and doctors in Rapid City, SD amputated the leg above the knee. He has also undergone surgery to his hand. Judd and Moser appreciate all of the quick medical and police responders as well as the hospital staff and well-wishes from family, friends and fans."

An article in the Rapid City Journal had more information about the accident that occurred near Hill City, South Dakota: Wynonna Judd's husband injured in car-motorcycle accident near Hill City. Wynonna & the Big Noise canceled their outdoor performance that was scheduled for Friday, August 24 at the Bear Claw Casino and Hotel in Carlyle, Saskatchewan.