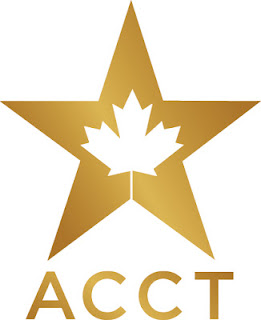 The Academy of Canadian Cinema & Television announced its first Canadian Screen Awards nominees in film, television and digital media. The nominees were announced on Jan. 15, 2013 in a webcast from simultaneous news conferences in Montreal and Toronto.

The new awards honor achievement in both Canadian television and film, replacing the Gemini (television) and Genie (film) Awards. This year's debut Canadian Screen Awards includes nominees in 116 categories (22 film, 89 television, 5 digital media).  One of the nominees, Rebelle / War Witch, has been nominated for an Oscar (Best Foreign Film).

Canadian Screen Week, which runs Feb. 26-March 3, culminates in the inaugural two-hour Live Broadcast Gala on Sunday, March 3 on CBC at 8 PM. It will be hosted by actor and comedian Martin Short. As a personal aside, my claim to fame with Mr. Short is riding in an elevator with him at The Fairmont Hotel Vancouver a number of years ago. He was just like how he appears on TV and in the movies, funny and friendly!

A Canadian Screen Awards statue has been designed by Endeavour and made in Prince Edward County, Ontario by Wallis Awards. It symbolizes two screens with the public at the core. The specialty manufacturing company is owned and operated by Glen and Susan Wallis, who have worked with the Academy for the past 18 years. The statues are manufactured measure 32.5 centimeters high and weigh 2.5 kilograms. Endeavour has also created a trailer for the Canadian Screen Awards, which was unveiled during the nomination announcement on Wednesday.