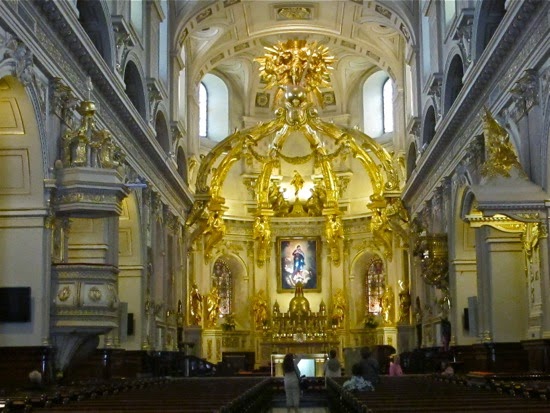 When I first visited Quebec City during Carnaval de Quebec in 2002, I made a point to visit Notre-Dame de Quebec. The Sunday mass was in French, as was the singing by the children's choir -- it was magical. A dozen years later, the cathedral is celebrating its 350th anniversary. Notre-Dame de Quebec is the first cathedral built in North America, and the first Catholic parish established in the Americas north of the Spanish colonies. 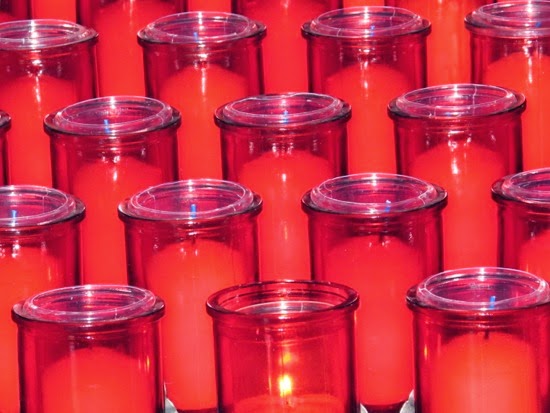 In addition to the many activities marking the 350th Jubilee, Notre-Dame de Quebec has also been honored by having the only Holy Door in the Americas and the first one outside Europe. It opened December 8, 2013 and will remain there until December 28, 2014. Even though I was raised Catholic, I'd never heard of or seen a Holy Door. Simply put, it's a symbol of oneness with the universal church. It's also a symbol of convocation, an invitation to persons of good will to enter, no matter what their religious domination. 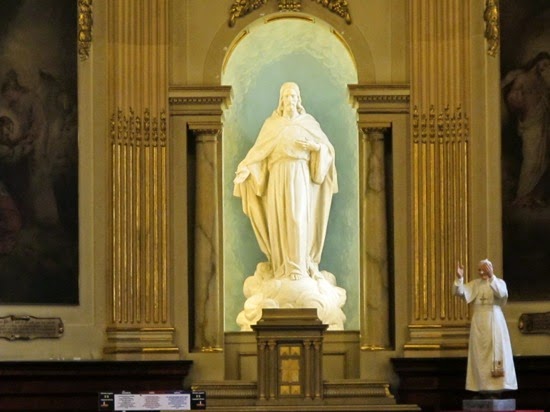 To visit the Holy Door, begin in the Garden of the Jubilee to the left of the Cathedral-Basillica. From there, follow the walkway leading to the Holy Door, and go through it. You'll now be in the Chapel of the Sacred Heart, which houses relics of "forebears, the saints and blesseds of Canada who blazed a path of faith for us to follow." When leaving the chapel, a guide will stamp your pilgrim's credential with the seal of Notre-Dame de Quebec.