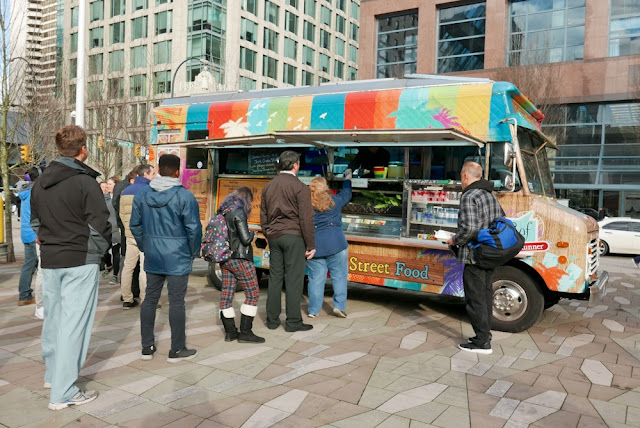 Dine Out Vancouver's popular food-truck festival is returning for its ninth year in downtown Vancouver. This year's edition of Street Food City, the annual food truck pod showcasing the Lower Mainland's best mobile eateries, boasts more days and food trucks than ever before.

Street Food City will take over the renovated North Plaza of the Vancouver Art Gallery from January 17-19 and January 31-February 6, 2020. This year's edition features 25 food trucks, offering such tasty items as tacos, wood-fired pizza, vegan fare and delicious desserts. The trucks on the plaza will rotate throughout the 10-day event, so plan on stopping by more than once.

There will be onsite tables for dining and tents will keep diners dry and warm. "Eat to the beat" will be provided by JACK 96.9FM along with live music acts during the festival.