Amtrak Cascades resumes service between Seattle and Vancouver BC 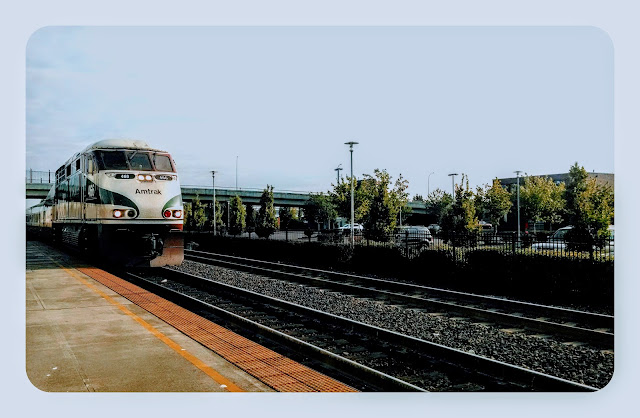 It's what many Vancouver BC bound travelers have been waiting for! With Amtrak Cascades service between Seattle and Vancouver suspended since 2020 due to the pandemic, I heaved a huge sigh of relief and gave a virtual fist pump when I discovered the trains will roll again between the two cities on September 26, 2022.

The reason for the delay in resumption of service is that Amtrak was working in conjunction with WSDOT, ODOT, VIA Rail Canada and other federal agencies. Lots of chefs in the kitchen!

The first Amtrak Cascades train north to Vancouver will depart Seattle at 745AM on Monday, September 26 -- stopping at its usual five cities along the way (Edmonds-Everett-Stanwood-Mount Vernon-Bellingham) and arriving in Vancouver at 11:45AM. The southbound train will depart Vancouver at 5:45PM and arrive in Seattle at 10:10 PM.

In addition to the standard entry documentation requirements, the Canadian and US Governments have several additional requirements for travel into Canada and the United States. Those not meeting the criteria will not be allowed to cross the border.

All passengers must use the ArriveCAN app before travel and wear a mask in Canadian stations and on board trains while traveling through Canada. Non-Canadian citizens must be fully vaccinated and carry the vaccination record that was uploaded into ArriveCAN. See details on the Government of Canada and Via Rail websites.

Non-US citizen passengers must be fully vaccinated with a U.S.FDA or WHO approved COVID-19 vaccine. Details on the US Department of Homeland Security website.

Travelers may purchase tickets online at Amtrak.com and AmtrakCascades.com or by calling 800.USA.RAIL.