The Underground Donut Tour (aka 'World's Best Donut Tour') launches its first tour in Canada, specifically Vancouver, BC. The seven-year-old tour company currently runs in 11 cities in the US, UK and Ireland.
"Vancouver has always been on our list of cities we wanted to open and when we saw the incredible selection and styles of donuts available, everything just clicked," said Jeff Woelker, founder of the Underground Donut Tour.
But not to worry, the tour is not underground! As the company explained, underground is meant to be 'secretive' or 'in the know'. So now you know.
The walking tour includes four of the best donut shops in Vancouver. A tour guide shares the history of each location, along with local sights, sounds and tastes of the area. 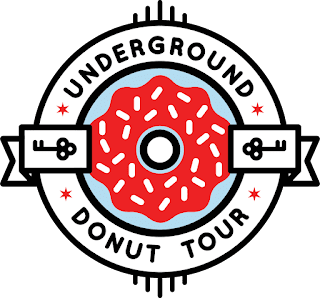 The Underground Donut Tour takes place primarily in historic downtown neighborhoods, Coal Harbour, Gastown and the West End. Local architecture is highlighted, including the 83-year-old Fairmont Hotel Vancouver, Canada Place and the adjoining Olympic Cauldron, and the donut shops along the way.
"We're so excited to launch this tour and show off Vancouver's natural beauty, architecture, history, and of course the donuts," said Ainslee Dalzell, manager of Underground Donut Tour Vancouver.
The Vancouver tours begin August 12 and run every Friday-Saturday-Sunday at 9AM and 12PM, year-round. The company expects  additional days and times will be added soon.
Tickets are $40CDN for adults and $25CND for ages 10 and under. Tickets may be booked for Vancouver at Underground Donut Tour beginning August 8, 2022. 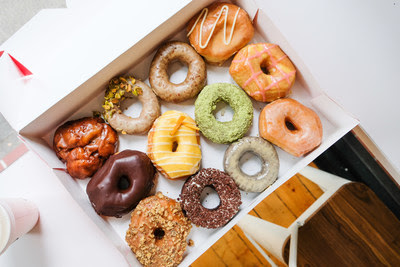